Fraud Prevention in China: the Role of Supervisor

A number of Western companies make excellent business in China. However, the other side of the coin spells out easy opportunities for fraudsters and fraud in China. The reasons for disastrous financial losses are often reported as results of ever present Chinese corruption, internal connection system, less than transparent business environment, and rather surprisingly total lack of leadership and risk management at Western companies’ top management level in China.

Media has reported in multiple instances very large-scale frauds at Western enterprises and joint companies in China performed by their own Chinese partners, own staff, or clients in co-operation with local authorities, and billions of dollars have been lost in these fraudulent endeavors.

However, in most instances these Western companies should only blame themselves since they have not prepared for fraud risks in China, have not build-in pre-empting fraud prevention system and remedies, and fail to act in time when someone suggests that something fishy is going on. And often it is too late to react.

The most widely accepted answer in fraud cases seems to be that “this is China and it is so different here…” But only a few companies have at management level really paused to consider how to avoid fraud, and how to keep the company profitable and in blue waters.

Recently, the Chinese Company Law has added extra tools for Western companies to manage their investments professionally, inject leadership role into internal control and make fast actions by in-house Supervisors engaged by the “mother” company at Board of Directors level.

Principal duty of the Supervisor is to act as “fraud prevention radar” exploring potential fraud opportunity zones. This includes the right to inspect the senior officers’ actions in the company including the members of Board of Directors, which makes the position very significant in China.

The management of Western related company is well advised to understand, make good use and engage professional China supervisors resident in China simply due to greater need of external control, less transparent business transactions and a strong cultural and language barrier providing a thick shield.

In accordance with the China Company Law, the Supervisor has the following duties and powers:

A good ruling at the Articles of Association for Supervisor duties and powers can be taken from the sample below:

The Company shall have a Supervisor appointed by shareholder, and none of Company’s directors and senior management personnel shall concurrently hold the position of supervisor. The term of Supervisor shall be three (3) years and may, after the expiry of their term, hold a consecutive term upon shareholder’s re-appointment. The Supervisor is not required to reside in or visit the People’s Republic of China and may be an officer or employee from the Investor. Supervisors may attend meetings of the board of directors as non-voting attendees and raise questions and make suggestions in respect of matters that are the subject of board resolutions.

If the Supervisor discovers irregularities in the company’s operations, may conduct an investigation and, if necessary, engage an accounting firm to assist in his/ her work. The expenses necessary for the Supervisor to perform his duties shall be borne by the Company.

Any company’s management should realize that Chinese culture has been influenced on by the prevalence of fraud which will not be immediately shot down. However, fraud is a product of humans acting criminally and fraud prevention can have a huge impact on Chinese business and profitability.

For more topics related on how to act as a manager in China or as a manager for Chinese employees, please see China Excellence training. 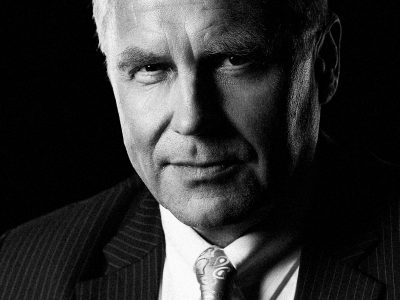