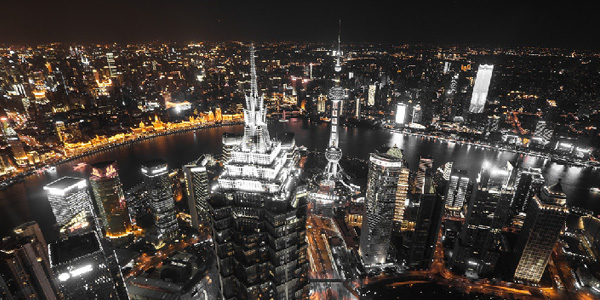 While the European Union and China have entered into a mutual Comprehensive Investment Agreement in December 2020, the USA-China Trade war has disturbed the global supply chain significantly and challenged a huge number of business operations based in the Asia Pacific area. However, the countries in the area have not been resting on their laurels hoping for the USA to lift tariffs, but instead have created their own massive regional market area covering a massive 30 percent of global trade and 2.2 billion consumers.

In this blog, we outline the current ASEAN free trade agreements and the new system referred to as The RCEP. This includes standardized Rules of Origin (ROO), regional standards – for foreign investment, professional qualifications and opening of the service sector.

I. PREVIOUS ASEAN AGREEMENTS IN PLACE

The previously signed agreements in place include the ASEAN-Indian Free Trade Area (FTA), the ASEAN-Australia and New Zealand FTA, ASEAN-Japan Comprehensive Economic Partnership, and The ASEAN-Republic of Korea FTA. Now joining these partnerships is The RCEP agreement.

These agreements are similar in that they all seek to deepen inter-Asia trading, however, none of these agreements include China which makes The RCEP agreement particularly notable. 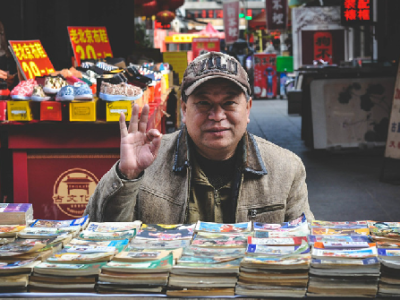 China has been the driving force behind The RCEP as they look to deepen ties in some of the fastest growing developing markets. The headline of The RCEP is that it will decrease trade barriers through lower tariffs for free trade between member countries during a roll-out period of 20 years as cooperation between them deepens.

However, the RCEP is far more comprehensive than that and is the Asia version of the EU as it seeks to create a common market for all goods and services.

In addition to tariff reduction there will be: streamlining of customs procedures, simplified rules of origin regulations, simplifying movement of professional human resources, boosting of IPR enforcement and processes, trade remedy guidelines and more. All of which which will create mutually beneficial transfer of technology and knowledge, opening of manufacturing enterprises in participant countries, and the handling ecommerce across borders. 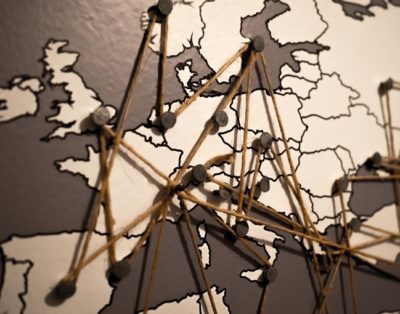 Foreign Invested Companies operating in manufacturing industries and located in the region will benefit greatly from The RCEP deal by opening
a larger common market for manufactured products in a streamlined export and country of origin certification system.

Goods are now able to be shipped to anywhere within the participant countries on common market rules and are no longer required to meet the specific import requirements of each country separately. This means that procurement of goods can come from any country within the agreement without incurring additional tariff. This was commonly an issue with bi-lateral agreements whereby despite a trade agreement, some items were procured from other ASEAN countries and imported to the FTA country but were subject to complicated Rule of Origin issues. This will greatly speed-up and simplify procurement matters.

Furthermore, The RCEP seeks to understand each country’s conformity standards, assessments, and technical regulations to better unify them across markets for a simpler, clearer system which is better for the consumer.

A powerful point in the deal is that RCEP countries are now required to recognize professional qualifications from participant countries. There will also be changes to expedite permissions of entry for temporary movement of natural persons engaged in trade of goods, investment, and supply of services. This change marks the opening of the world’s largest common
market for service industries. The arrangement is opening huge market opportunities for foreign business services. It allows
for an easier transfer of labour and knowledge through various sectors across borders which will boost operational efficiencies in areas like health, finance, and other professional services. 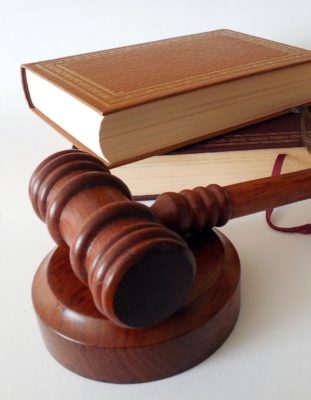 Intellectual property is often a problem in many RCEP countries, China has been trying hard to fix this problem in recent years but is still the largest source of counterfeit goods. Other RCEP countries with large counterfeiting problems
are Indonesia, Cambodia, Vietnam, Thailand, Malaysia, and Myanmar. This lack of IP enforcement is discouraging for many companies and
has negative economic effects as it discourages foreign investment.

However, The RCEP deal seeks to improve IPR protections in all member countries to beyond the World Trade Organization (WTO) level which has historically been the benchmark. One big change is the mandatory requirement to have online databases than can be accessed and searched which will improve technology transfer, and also the ability to file IP protections electronically which will expedite the process for many companies.

VI. COUNTRIES LEFT OUT OF THE DEAL

The strong RCEP support from Beijing is considered by some as a retaliation from China as the US did not include China in the Trans-Pacific Partnership agreement in 2016, despite the Trump Presidency leaving the deal. India was also originally a part of The RCEP but eventually left the eight-year long talks.

The RCEP members have expressed India is welcome to join the free trade zone in the future, though it may be unlikely to happen. Historically India has been accused of being very protective of its own industries and some sideliners speculate that this deal would open the Indian domestic market to stiff global and Chinese competition which would hurt local business. This is despite pharmaceutical, services, and cotton industries being certain that they would gain huge benefits from the deal.

India failing to enter into The RCEP agreements will undoubtedly impact greatly on foreign investment decisions in years to come even if India is an attractive place to invest thanks to their strong English abilities and educated population. However, despite these strengths, the simplified rules of The RCEP may lead foreign investors looking to export bypassing Indian markets altogether if the country decides to remain outside the trade bloc.

The self-exclusion of India, and the US trade war only creates barriers to trade and will likely damage their exports in the long-term as they miss the opportunity to be a part of a deal which will make RCEP countries more competitive and powerful globally as time marches on. Unfortunately, business and politics are inherently linked so it can be expected that barriers to globalization will continue to occur well into the future as uncertainty continues to swell.

The RCEP trade deal is an excellent development for European foreign investors currently operating, planning to enter, or already expanding in the region by easing supply chain arrangements, and freeing the flow of goods and services. It is a historical arrangement in the globalization of the world. This comes at a time when China has overtaken the US for FDI and has a record trade surplus. 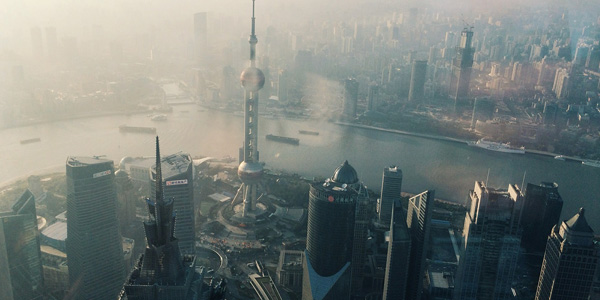 ASEAN member states have committed to improve legal and investment frameworks to open the entire region creating an impressive possibility for low-cost cross-border manufacturing capabilities. The area covered in the agreement is most definitely an attractive swath of investment opportunities and could entice foreign investors to move their manufacturing operations from China towards other Asian Pacific countries, or vice versa.

Overall, The RCEP will have a massive impact on future trade and there probably will not be a deal to surpass it any time soon.

If you would like to learn more, these blogs are published regularly By Jari Vepsäläinen to the Management Institute of Finland Blog page and the Fintrade Mercer Website. 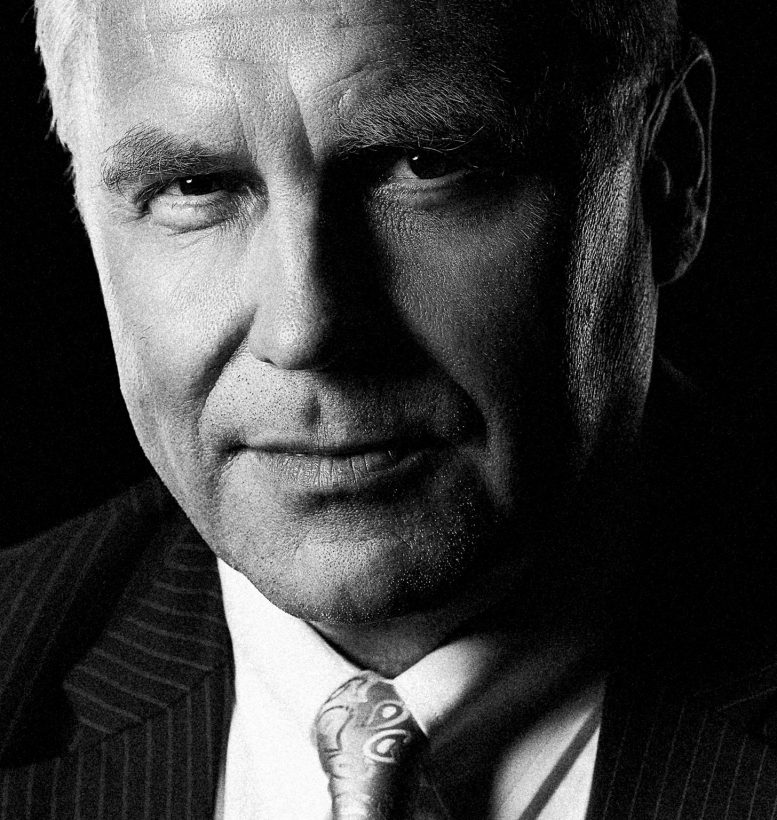 Managing Global Key Accounts – Fintra
Fintra
Benefits: This training will help you revitalize the way you lead and conduct Global sales. You will get insights and tools to create real differentiation to ... Managing Distribution Channels
Fintra
We organize our training on site or remotely, depending on the situation at the time! Get full advantage of your distributors. Improve international sales channel ...

Intellectual Property Protection in China: How to protect your IP when entering the market

Management Institute of Finland welcomes You to this series of articles dedicated to the Intellectual Property Protection in China. This series has been prepared by …

International Sourcing – see what are the 6 key trends for 2022

Here are some ideas the thought leaders of sourcing industry have raised for this ongoing year. The data is collected from interviews done by the …